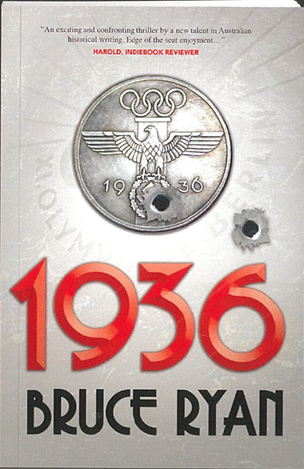 Described as “an exciting and confronting thriller” 1936 tells the story of Robert O’Calahan’s selection as an Australian Olympic Team doctor for the 1936 Berlin Olympics.

Germany had won the rights to conduct the 1936 Olympics though many countries were uneasy about giving the games to Germany after the conflicts of World War 1. Weaving historical events and people into this fictional work, a deadly game of cat and mouse ensues and sees members of the Olympic team in dangerous life-threatening situations.

Meet the author and join us for morning tea. Copies of his novel will be available for purchase on the day.

Light refreshments will be available, bookings not required.