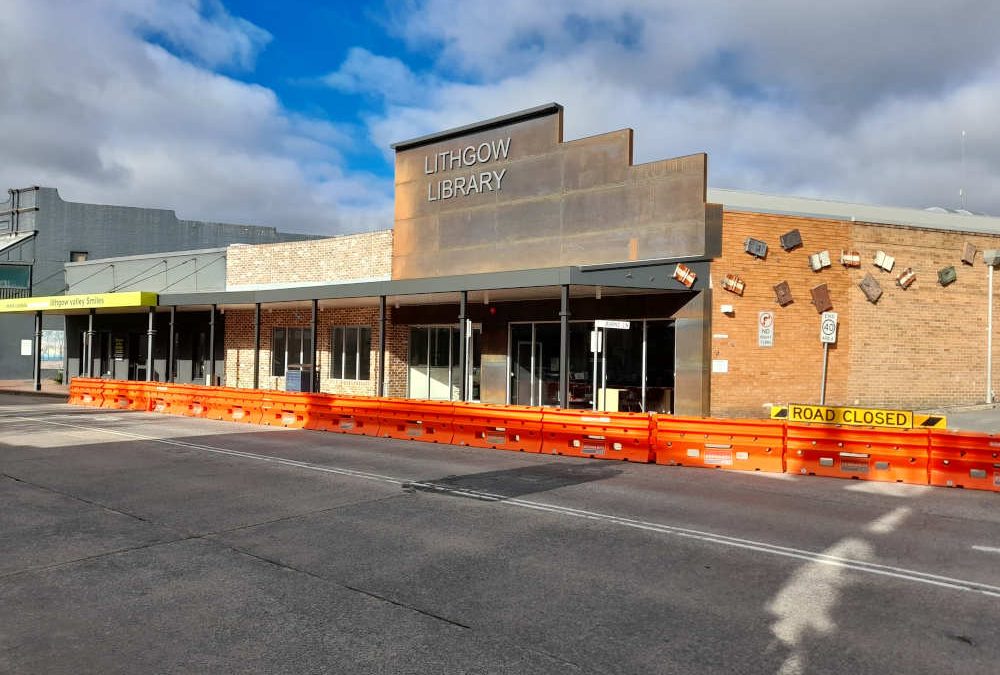 Council is pleased to announce that the exterior building works on the Lithgow Library are now complete, and the footpath re-opened.

“We appreciate the community’s patience while this project was delivered,” said Lithgow City Council’s Mayor, Councillor Maree Statham. “Positive feedback has been received from Library patrons and staff and Council is excited to have been given the opportunity to upgrade the appearance of this important community asset. We look forward to continuing our work in refreshing local infrastructure to blend both contemporary function and a commemorative form.”

Thanks to funding received from the NSW Government’s Resources for Regions program, Council was able to repair and replace the Library’s facade and awning, after a structural assessment identified defects in the building.

Council took the opportunity to engage a heritage architect to undertake a new design, which showcases elements of Lithgow’s heritage. The bricks used in the new wall are genuine Lithgow bricks, baked at Lithgow’s old brickworks. Additionally, the corten cladding, used on the parapet, is designed to slightly rust over time and is a nod to Lithgow’s former iron and steel industry.

Works are still continuing inside the library, with new desks, cabinets and seating being installed. This is expected to be completed in the coming weeks.